EDSN: How to become a data scientist

On the 25th of March EDSN organised an event for YEP. Goal of the event was to get the young professionals acquinted with data science.
The DLC café in Soest was the location where the workshop took place with 30 participants.

After a short introduction by Alieke from EDSN a presentation was given by Jurriën Vroom from CBS. The second part of the afternoon the participant were split in pairs and were given assignments to try out data science for themselves! A dataset was prepared by EDSN, consisting of open data from Enexis and CBS, which was used to gain insights in energy data. 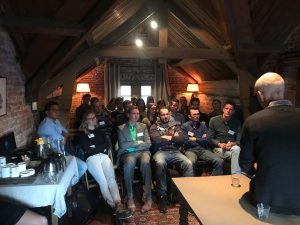